Here are a few more electrics, from the vault, for you. In 2003, as a bit of fun, I built two matching electric guitars; a bass and a 12-string, both loosely based on Rickenbackers.  The bass, which is a monster, was for me and I still have it.  Being a bit of a Deadhead, I decided to inlay the Grateful Dead’s Steal Your Face logo into the body. 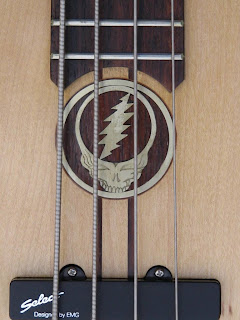 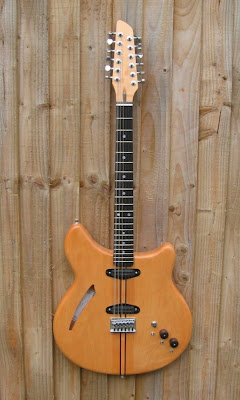 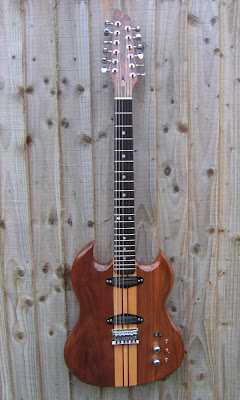 Here’s an odd one that I put together in 2004. We were browsing the West-End guitar shops and I came across a semi-acoustic body, obviously from a factory and unfinished- 25 quid? Who could resist?  Judging from the newspaper that I extracted from its insides, it was a Hofner body from the 1960s.
So I built it into this---. 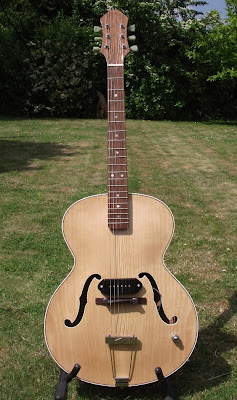 Another completed in 2004 was this Les Paul style solid with a carved bird’s eye maple top and neck. 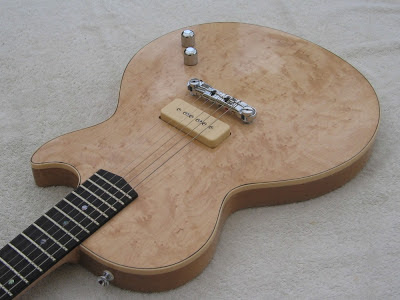 And then there are these two ergonomic electrics which I greatly enjoyed building. The 7-string was commissioned in 2009 by Latin-Jazz guitarist Stefano Kalonaris; it has a wide fingerboard as he wanted a classical guitar style fingerboard. 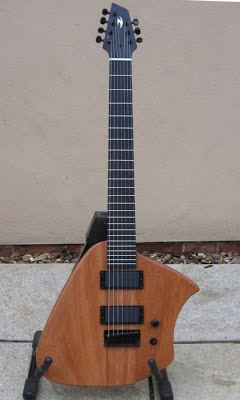 And the 6-string in 2011 by a local player,Phil, who suffers with back pain. This guitar was specifically designed to allow him to play with a greater degree of comfort. 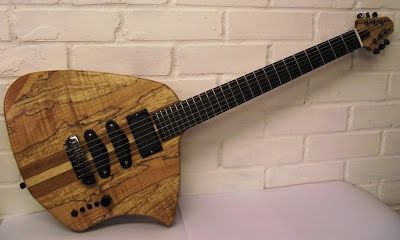